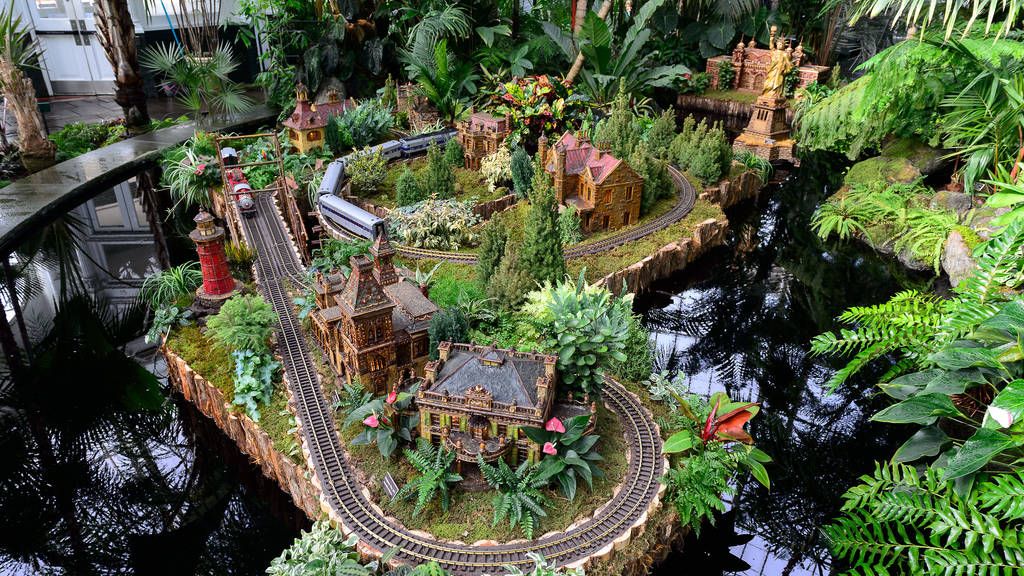 “The holidays are coming!” exclaims the annual train display at the New York Botanical Garden.

After a brief hiatus, the program is back for a 30th time and this time it features both garden-built structures and well-known urban icons. Over 190 “copies” of New York landmarks, built from natural materials including seeds, leaves, bark, acorns, pine cone scales, and more, are on display, including a reproduction of the library and a stunning portrayal of the conservatory.

In addition to the Empire State Building and Radio City Music Hall, other well-known landmarks in New York City include the Statue of Liberty, One World Trade Center, and Rockefeller Center.

G-scale model trains and trolleys will also be on display at the expo, along with a half-mile track of 25 of the miniature vehicles. According to an official news release about the much-loved event’s cherished event, “American steam locomotives, streetcars from the late 1800s, and modern freight and passenger trains go across soaring bridges such as the Brooklyn Bridge and George Washington Bridge.”

Tickets for the train performance are available now through January 23, 2022, and you can purchase them here.

If you want to see both the train show and the New York Botanical Garden’s Glow event this year, you can purchase a special combination ticket that will allow you to attend both events. Here, you can find out more about both events.

Images from inside this year’s spectacular holiday train show are seen here:

G-scale model trains will run along a nearly half-mile track (which is also overhead) surrounded by 175 miniature NYC landmarks, including the Empire State Building, Radio City Music Hall, the Statue of Liberty, Brooklyn Bridge and Rockefeller Center—all made of natural materials such as twigs, bark, and leaves.