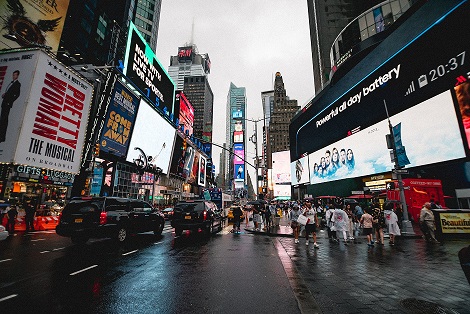 We know that New York City is the most populous city in the United States. Everyone called only New York as well. According to the record of 2019, the total population of New York is about 8,336,817 and it is about 302.6 square miles. It is also called the capital city of the World because it is covering the cultural, financial, and media capital of the world and even It is Home to the headquarters of the United Nations.

Even if you think about research, technology, education, commerce, entertainment, politics, tourism, art, fashion, and sports, then New York will be significantly influencing matter in the world. So, it is clear that New York is an important for the world because it is the center for international diplomacy.

It is well known for it’s  high skyscrapers, museums, shopping, central parks and more others. You may visit Empire State Building, Rockefeller Center , theatres, sights and the atmosphere of New York.

By the name of Jonas Bronck (a Swedish sailor ) The District name is Bronx. Bronx is located exactly north of Manhattan and you can see lots of green area but not island like Manhattan.

You can visit the famous Bronx Zoo, New York Botanic Garden, Yankee Stadium and wave Hill. You can find carribean and Latin America living here with their culture and music as well.

Queens district is actually east of Manhattan and Bronx and it is very famous for two big airports JFK and LaGuardia. Here you can visit the movie production at Long Island City´s Silvercup Studios. This place is mix with different nationalities.

Here you can find different nationalities like Polish in Maspeth, Greeks in Astoria, Irish in Woodside and Colombians in Jackson Heights. You will be amazed that the TV-series as “Sex in the City” and “Sopranos” and movies like “Godfather III” are made here.

Brooklyn is the other site of the East River and also it is South east of Manhattan. it is also a place where you can find a mixture of all the different nationalities. Never miss the place of the US biggest museum The Brooklyn Museum of Art because it is also one of the worlds largest collections of Egyptian objects.

You can visit Coney Island Park, Williamsburg, Prospect Park Zoo and New York Aquarium and don’t miss to visit Brooklyn Bridge to get a great view over Manhattan and the skyscrapers.

Staten Island is an island and is located South of Manhattan. It is very simple and natural beauty area and ideal for hiking and the area are dominated by cosy residential districts.

It was said that Staten Island is often neglected as a tourist destination  and almost half million people live here.. Never miss to visit the historic Richmond Town, Tottenville Beach and cosy green areas.